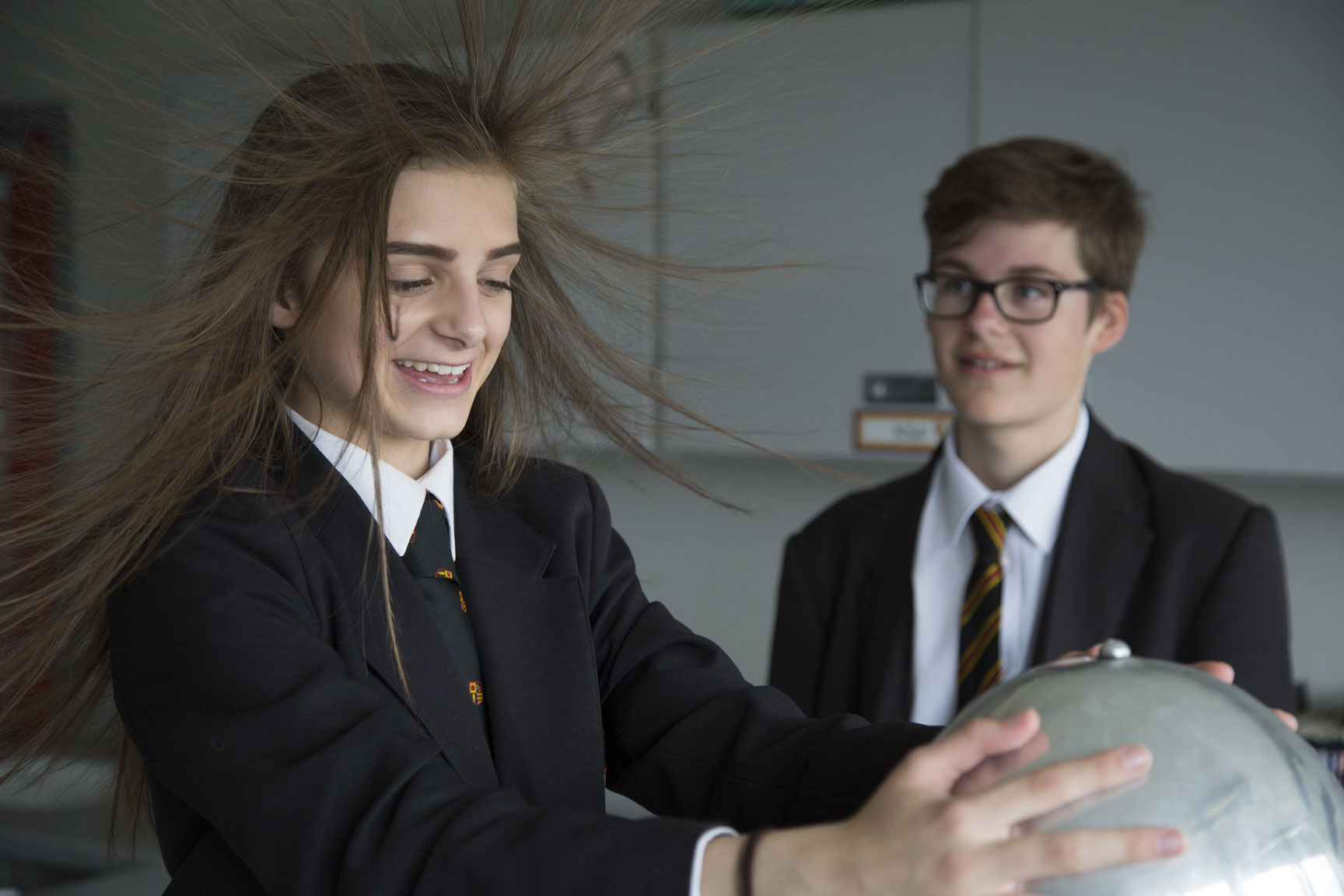 “Science is the belief in the ignorance of the experts”

Physics is a fundamental science which is concerned with the study of natural phenomena from the cosmological scale (galaxies, black holes, quasars) to the sub-nuclear scale (quarks, gluons, neutrinos). Physicists play a vital role in the development of many new technologies, and the fundamental laws of physics find application in almost every branch of science, engineering and technology.

For example, the development of graphene or the study of aerodynamics around a formula one car to the stresses acting on a bridge, are all subject to the laws of physics. In order to make advances in any branch of science it is necessary to have a thorough grasp of basic principles. The students of today will become the Physicists of tomorrow helping to solve to world’s energy problems, developing new materials or exploring the deepest parts of the Universe.

We follow the AQA specification and this qualification is linear. Linear means that students will sit all their exams at the end of the course.

At the end of Year 11 the students will sit two examinations. Each will be one hour and forty five minutes in length and worth 50% of the final grade. Students can be entered at either Foundation or Higher Tier.

Physics at A Level

Physics deals with matter, energy and how they interact. Matter comes in the form of the smallest particles to the largest galaxies, while energy takes the form of motion, light and electricity amongst others. Physics strives to understand the laws of the Universe, therefore allowing us to improve the quality of human life.

Physicists are needed to help tackle the great challenges that the world is facing today, including climate change and energy supply. They need to be logical thinkers, highly numerate, creative and excellent at solving problems. With new technologies, like the particle accelerator at CERN, allowing us to delve deeper than ever into the structure of matter and resources like the Hubble Telescope orbiting the Earth, there has never been a more exciting time to study physics.

We deliver the new AQA GCE A Level Physics course. Students are examined at the end of the course in the summer of Year 13. Three two hour examinations are completed.

Topics studied at A Level include:

Students will also be required to complete 12 required practical activities which will also be assessed in the written examinations. A separate endorsement of the practical skills will be taken alongside the A-level. This will be assessed by teachers and will be based on direct observation of students’ competency in a range of skills that are not assessable in written exams. 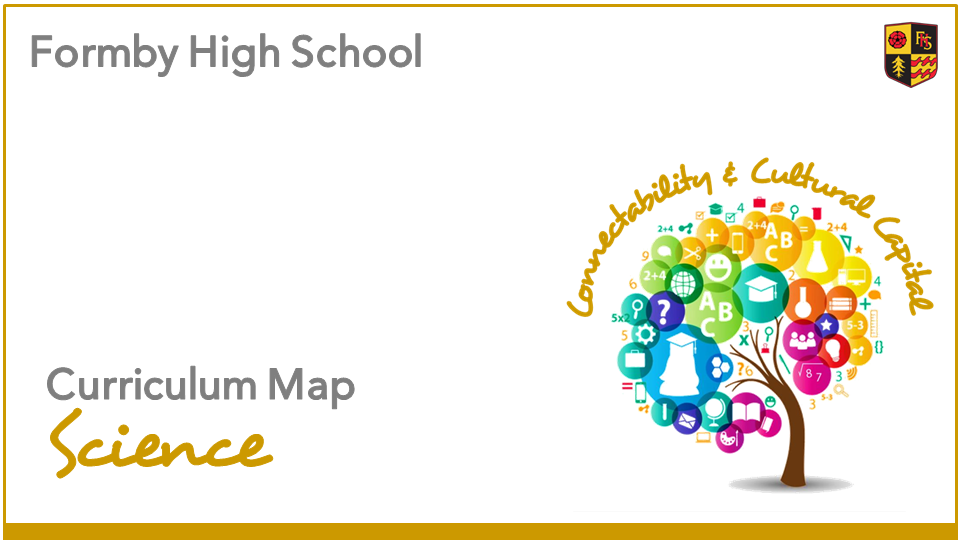 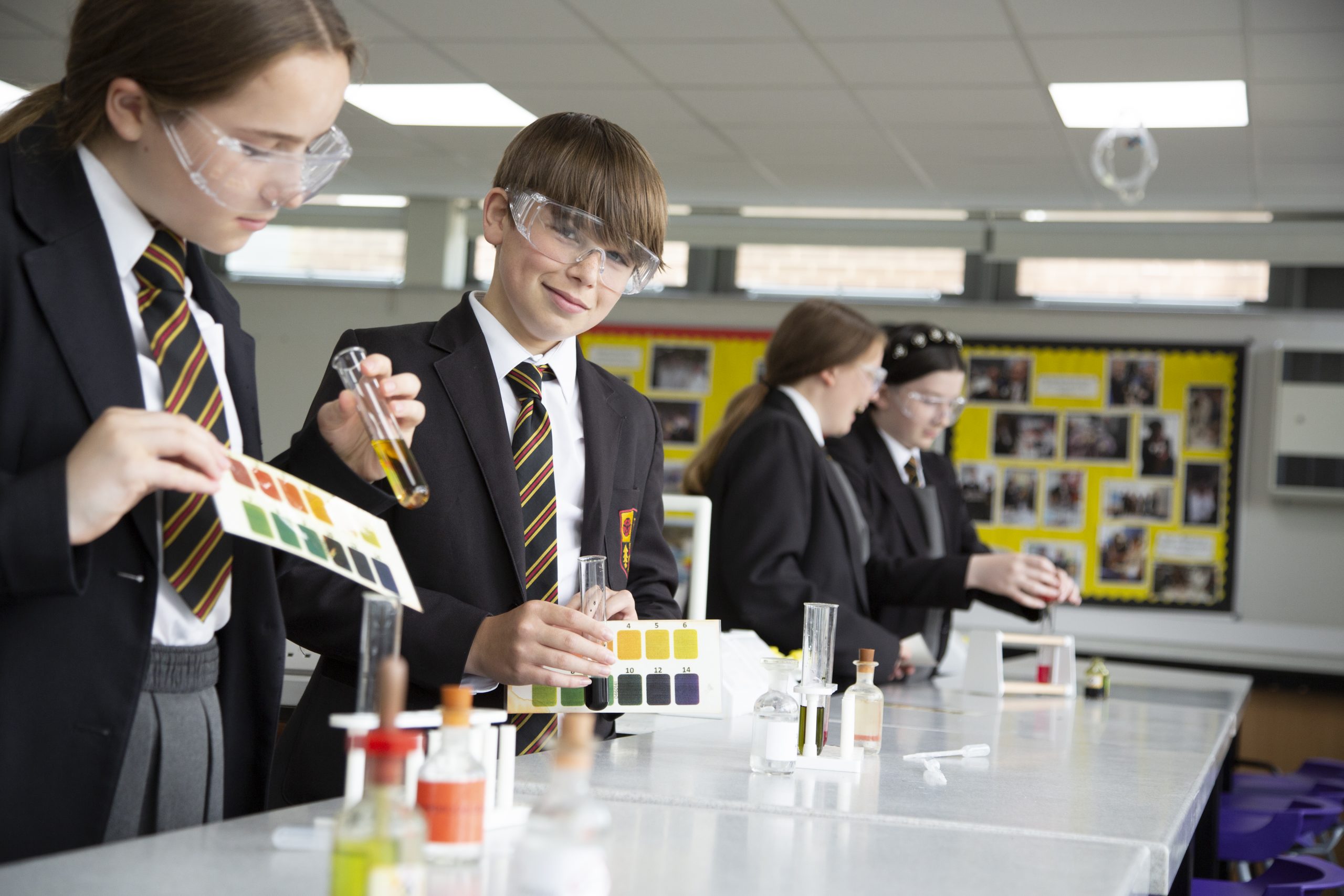 There is a wide range of possible career and higher education opportunities if you choose to study a Science at A Level.